Ancient societies chose Roca dels Moros as an age-old place of worship. To what extent are we able to determine the original meaning of the social and symbolic representations on display? What do they tell us about the worldview of the people who created them? 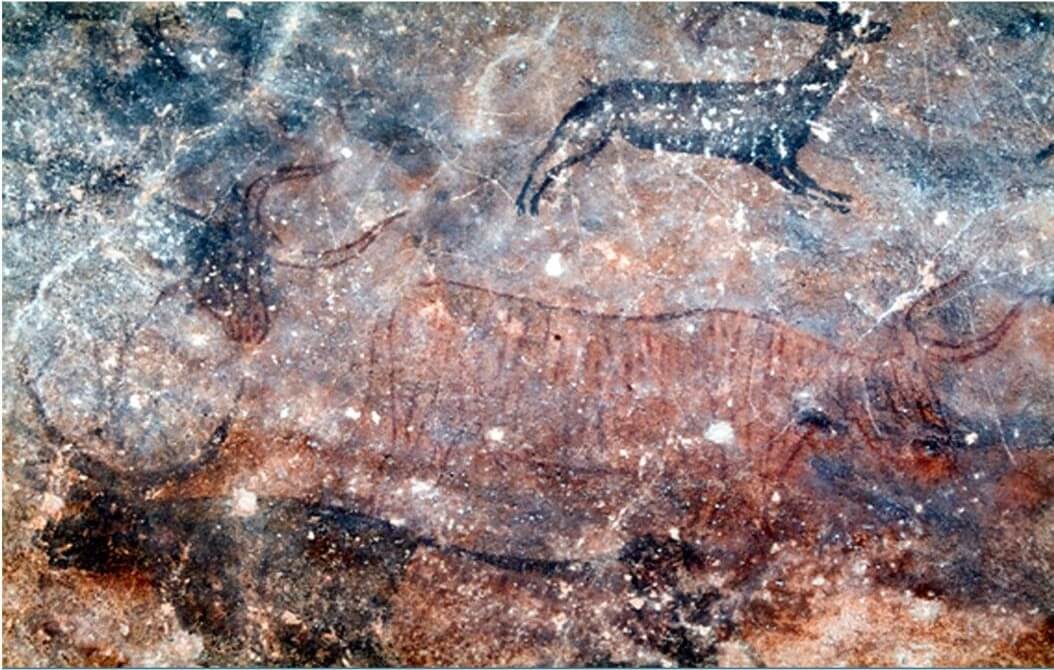 Roca dels Moros is one of the oldest sacred sites in Catalonia, a “sanctuary” frequented from the era of the last hunter-gatherer groups until the Middle Ages. The representations that can be found here refer to traditions, beliefs and rituals inherited from generation to generation over the millennia.

The iconography depicts scenes of a ritual and symbolic nature, including human and wild animal figures often interacting.

These representations imply a way of understanding and explaining their world. The artists expressed their relationship with their surroundings, their links with nature and at the same time how they participated in their environment. We witness a stag hunting scene and other enigmatic interactions between human and animal figures.

Among the main figures in the mural are women. The composition of the female figures is still a challenge for interpretation and point of debate, as the time that separates us from their male and/or female authors does not allow us to ascertain their meaning with certainty.

A composition at various times

Nonetheless, the data provided by research help us to advance in its interpretation and refute the hypothesis of early researchers who viewed it as a “phallic dance”.

We now know that the composition was created at various times, in which the female couples were added by taking advantage of the existing spaces and the group was enlarged. The female figures, like the other elements, were gradually incorporated, thereby creating a group that was not initially planned and does not present any movement that could be interpreted as a dance. 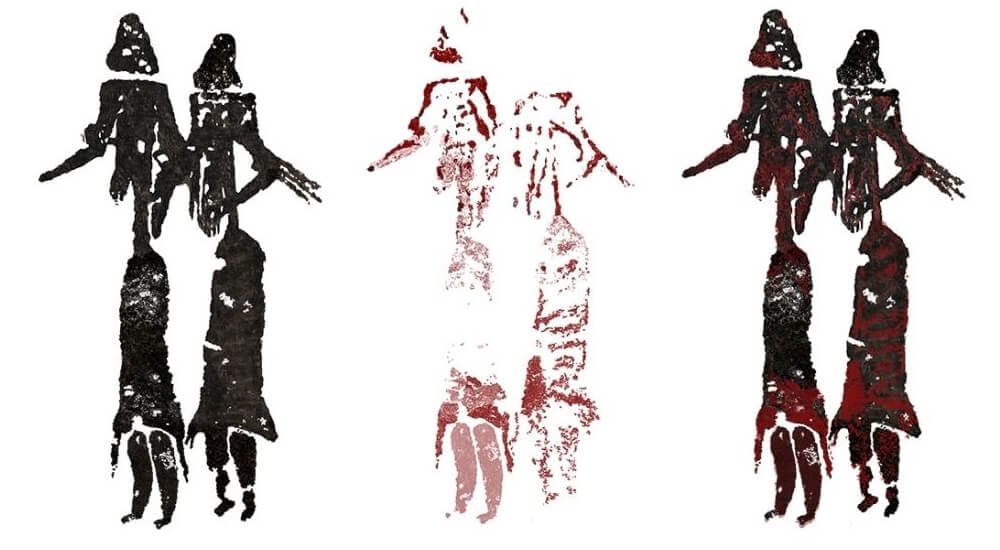 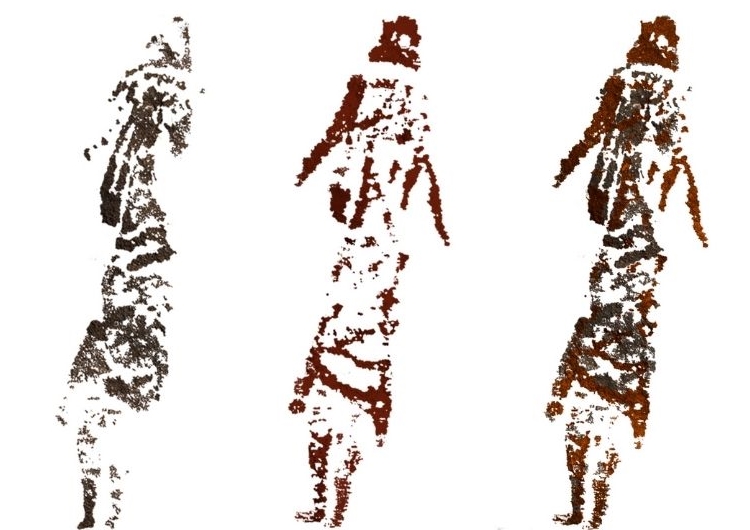 The women were the main figures of a ritual that must have taken place periodically, and they are depicted with stylised bodies, dresses, hair and adornments, elements of a ceremonial nature. A male figure and animals – including a group of doe with a fawn arranged around a stag – accompany the composition and suggest that this is a moment dedicated to natural cycle reproduction from an overall symbolic perspective.
We can therefore recognise this composition as part of the worldview of early hunter-gatherer and farming peoples, marked by the repetition of natural cycles and focused on their perpetuation.
A social strategy of knowledge transmission relevant to the continuity of human communities in which women played a central role can therefore be identified.
The presence of women in the composition allows us to reflect on and highlight the position occupied by prehistoric women in social economic actions and the construction of the group’s identity.
We can trace the process of the mural’s creation through the succession of formal and stylistic concepts. The number of figures, compositions and techniques increases as the mural grows.
Superimpositions, repainting and restorations mean that some of the new paintings partially or totally cover earlier representations to create two-colour compositions that were unknown until today.
Creativity and cultural values
Artistic creativity is used to incorporate and fit new figures into pre-existing compositions. We see a peculiar pair of women beside the fawn who initially look like a four-legged figure. The successive accumulation of figures and motifs suggests that the very act of painting had its own meaning in this space: to recall and strengthen cultural values.

One of the great research challenges is to understand what it is that distinguishes this place and has made it last so long.

It is to understand what motivated the people who lived in the area to return again and again to appropriate the place until it became sacred and socially significant.

The village of El Cogul therefore conserves a heritage of exceptional universal value according to UNESCO, the continuation of a chain of cultural transmission that dates back thousands of years. 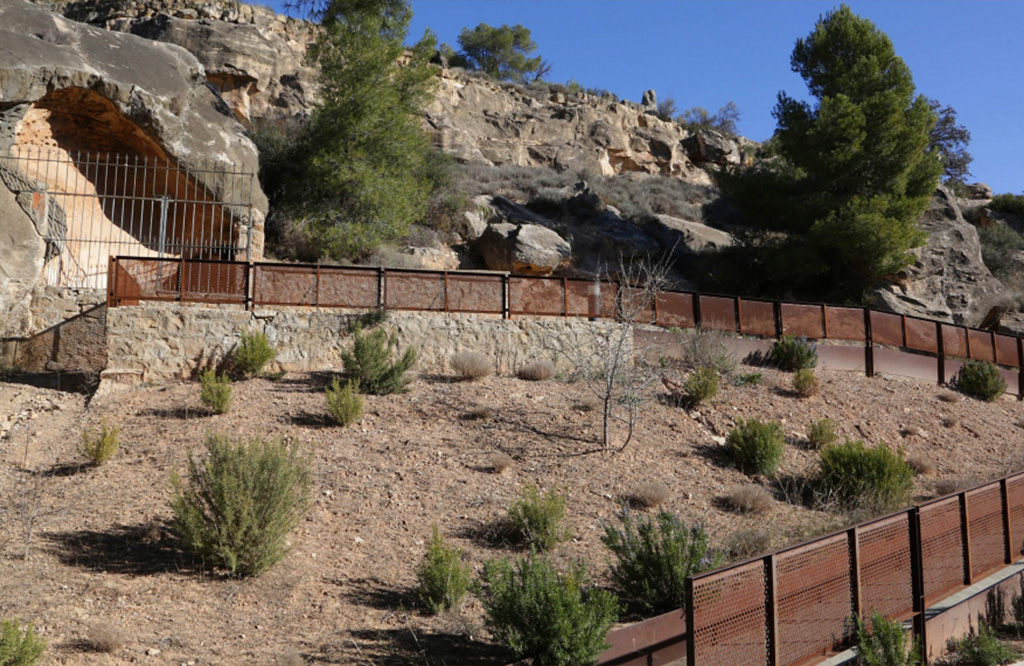 The natural and archaeological context 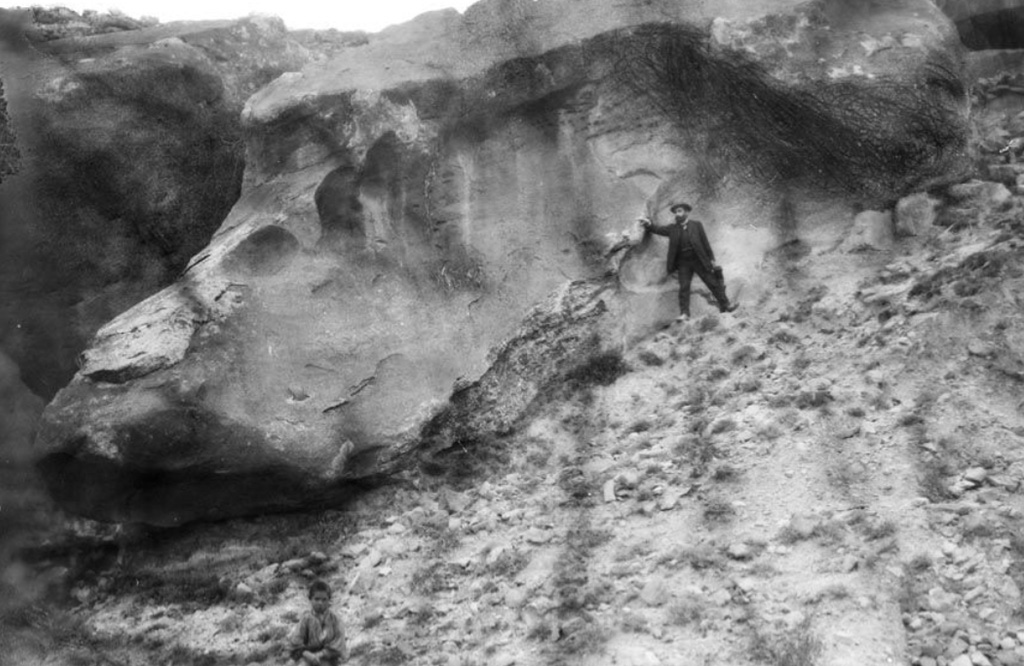 Past, present and future research